Get ready for your trip to Jordan. Order your Jordanian Dinars at Manor FX today. Our great exchange rates mean you'll have more JOD cash to spend. Have your Jordanian Dinar banknotes delivered securely to your home or office, or pick them up from the Manor FX bureau near Heathrow.

Jet off well-informed to Jordan. Here are some handy facts about cash and card payments in Jordan.

Can I use my bank card in Jordan?

Using cash is the most popular method of payment in Jordan, and the most appreciated by locals. However it is possible to pay by card in most shopping centres and supermarkets.

In Amman, all international hotels, many 'corner restaurants' and souvenir shops will accept debit cards. This is also the case for popular tourist attractions, such as the sandstone city of Petra.

Some British banks may charge for international card payments. In addition your bank's JOD to GBP exchange rate may not be so good. This is how banks make money. Before using your bank card for payments in Jordan, it's certainly a good idea to contact your bank. This will avoid your card becoming blocked due to international transactions that your bank may find suspicious.

Do I need cash in Jordan?

We recommend that you take plenty of cash with you on your trip to Jordan. Card payments are not as widely accepted as in the UK, and cash remains by far the most popular payment method in Jordan.

All touristic places in Jordan are filled with street vendors, who accept only cash. If you want to enjoy the hustle and bustle of Aman's markets and souqs, cash is essential.

Is life expensive in Jordan?

Prices in Jordan are about the same as in the UK, although touristic regions such as Amman and Petra may be more pricey.

For a coffee, expect to pay about 1 JOD, although a coffee or tea is often offered for free by restaurant owners. A three-course meal in a mid-range restaurant in Jordan costs around 10-15 dinars.

How does tipping work in Jordan?

In Jordan you should always leave a generous tip. You should leave about 20% or even more.

Jordanian coins range from 1 qirsh (0.01 JOD) to 1/2 dinar. Did you get back from Jordan with some leftover coins? Our sister company Leftover Currency can help you to exchange Jordanian Dinar coins back to cash. 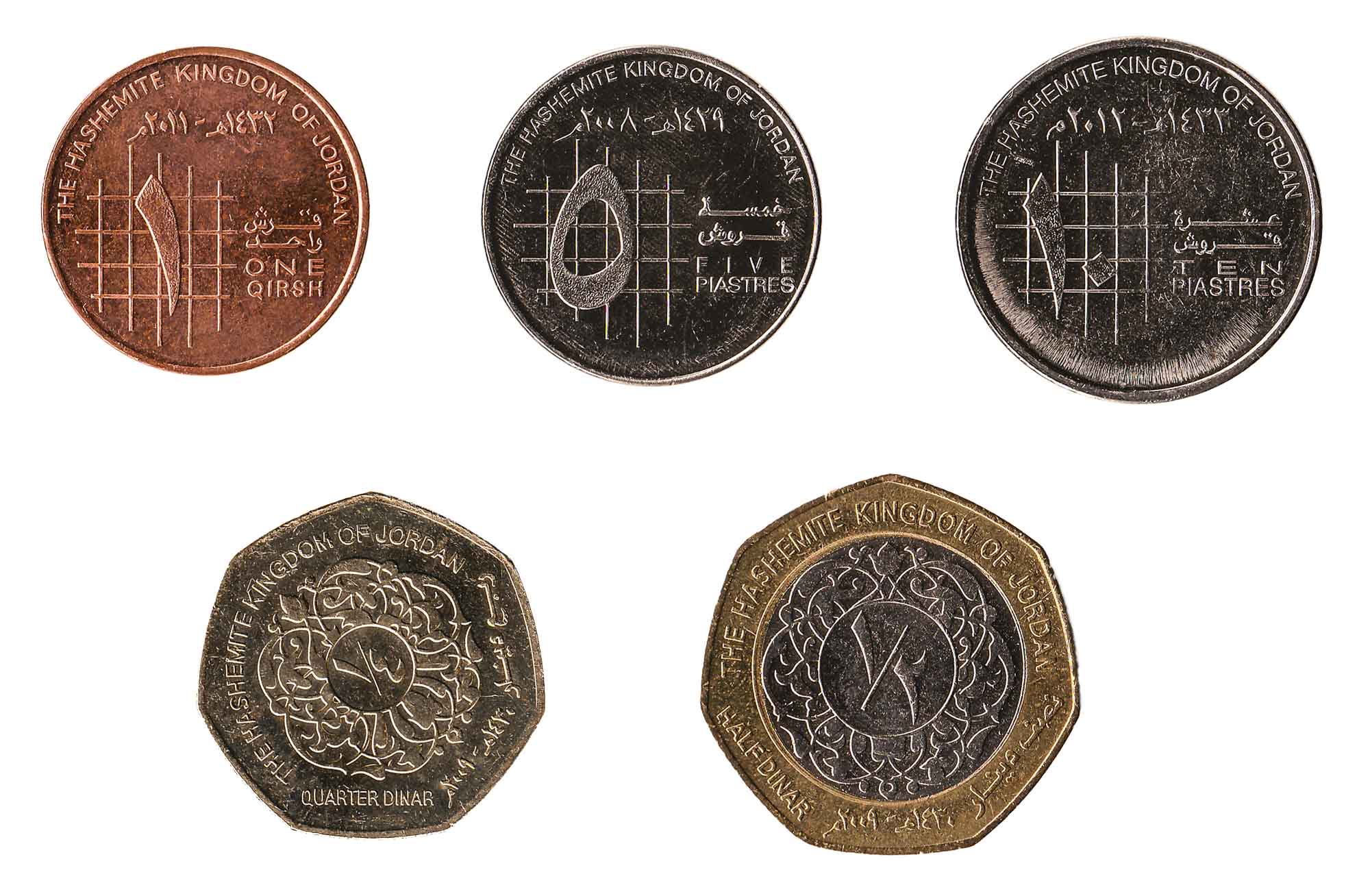 You are allowed to take up to 15,000 JOD into Jordan. There isn't a limit on the import of foreign currencies but they need to be declared upon arrival. Israeli Shekels are not allowed.

You can take any amount of JOD out of Jordan. Foreign currencies can be exported for the same amount as declared upon entry into Jordan.