Jet off well-informed to South Korea. Here are some handy facts about cash and card payments in the Republic of Korea.

Can I use my bank card in South Korea?

Credit and debit card payments are accepted without issues in nearly all shops, restaurants, bars and supermarkets in South Korea. The only exception is if you buy from street vendors: The vibrant street markets in Seoul are cash-only.

When paying by card in the Republic of Korea, be aware of currency conversion fees and bank fees for card payments abroad. ATM withdrawals in Korea will also incur costs, including currency conversion related ones: Your bank's KRW to GBP exchange rate may be quite bad. This is how banks make money.

Before using your bank card for payments in Far East Asia, it's certainly a good idea to contact your bank. This will avoid your card becoming blocked due to international transactions that your bank may find suspicious or fraudulent.

Do I need cash in South Korea?

You'll probably be able to manage without cash in South Korea: 98% of shops accept credit and debit card payments. This also includes public transport and taxi drivers. However, it's always a good idea to bring some cash with you to have a fallback option in case card payments are not going through. Paying by cash in Korean Won will also allow you to avoid card fees and currency conversion fees.

Additionally it's a good idea to have cash on you if you want to experience the hustle and bustle of the vibrant Korean street markets. These are cash-only.

Is life expensive in South Korea?

For a coffee in a cafe in Seoul you can expect to pay around 4,500 KRW. The bill for a three-course meal will be around 25,000 KRW per person.

How does tipping work in South Korea?

Tipping is not a common practice in South Korea. In tourist-heavy hotels and restaurants, some people may choose to leave a 10% tip if they are happy with the service received.

However, tipping is not expected and in some cases the waiters may refuse to accept the tip.

South Korean coins range from 1 won to 500 won. Did you get back from South Korea with some leftover coins? Our sister company Leftover Currency can help you to exchange South Korean Won coins back to cash. 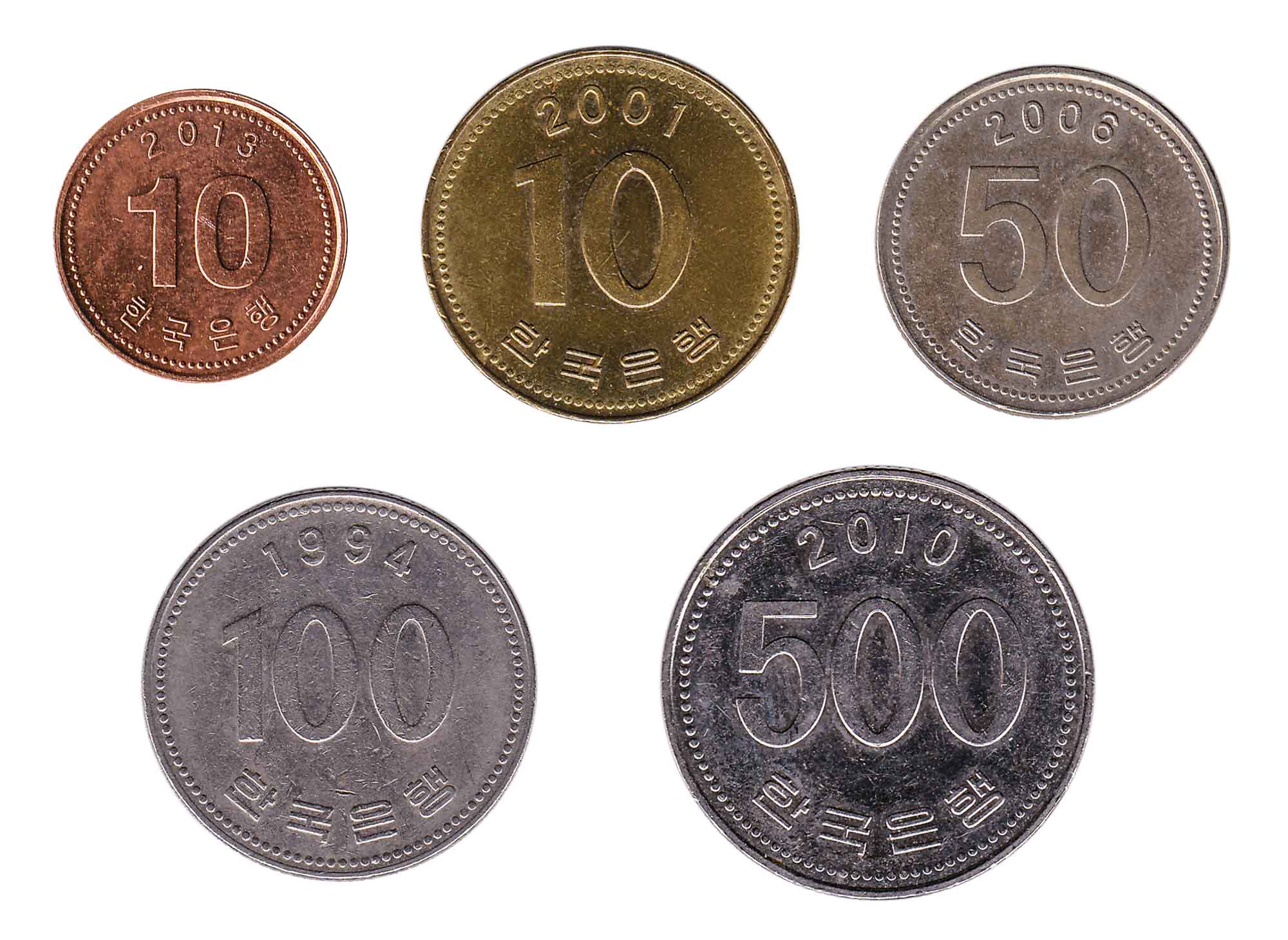 All travelers from and to Korea are allowed to bring up to 8 Million Korean Won per person. In addition travelers can bring an unlimited amount of foreign currencies.

A cash declaration needs to be made for amounts exceeding $10,000 US dollars or equivalent value in other currencies.